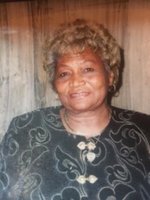 Marie McCoy was born October 4, 1925 to the late Will Johnson and Lorene Johnson in Danville, Ky. She graduated from Bates High School, Danville, Ky, and received an Associates Degree in education from Tuskegee Institute, Alabama. Marie also studied culinary Arts and enjoyed cooking for family and friends. She firmly believed that presentation and taste was everything. Marie moved to New York city in the 1950’s and worked at Memorial Sloan Kettering and later as a nurse technician at Staten Island University Hospital where she worked for over 40 years. Marie enjoyed traveling and spending time with her family. Marie was a dedicated member of Christ United Methodist Church where she served over 50 years, working in various committees. the soup kitchen, and on various committees. She was preceded in death by her husband of 53 years Frank McCoy , Sr and son Harold Johnson. She is survived by her children Frank, Elizabeth , Janet , and Sandra. Grand Children Tenekia , Naomi and Michael . 1 Great grandson, and 2 great-great grandchildren . A funeral service will be held at Scamardella Funeral home on Friday,March 5, 2021. Friends may visit Friday 3-5 and service at 5pm.