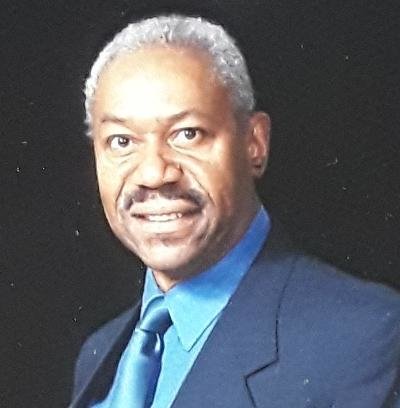 Please share a memory of George to include in a keepsake book for family and friends.
View Tribute Book
OBITUARY George Webb, Jr. Was born in Norfork, Virginia on December 22, 1935 to Sally Williams, and George Webb, Sr. Sally, being young and ambitious, decided to come to New York when George was around 4 years old seeking better opportunities, settled in Bedford-Stuyvesant Brooklyn, thereby becoming one of the first Black families to move into that area. This is where he met the person who was to become his life long friend Bertram (Bert) Redman. They both attended public school together and eventually graduated from Franklin K. Lane High School in 1953, where he excelled in track and field running the Mile. This was at a time where it was commonly believed that Black athlete’s could not run distance. It was at Franklin K. Lane that he met and eventually married Gloria Smith. After High School George went on the join the United Stated Air Force, where he was quickly recognized for his intelligence and leadership abilities being named first squad leader in basic training. It was while stationed in Maine where the first of his four children from his Union with Gloria, George Michael was born. Once he left the Air Force Glenn, Genita his only daughter, and Garry were born in Brooklyn. After attending Photography school he worked for various photographic and media related companies in Manhattan during the 70's and 80's. George loved to travel and took many trips to the Carribean with his friend Burt. Anyone who knew George was immediately drawn to his engaging and magnetic personality. He had a keen insight and was known for his quick wit and one-liners. He eventually moved and settled in Staten Island with wife Sandra and his Mother. George has a vibrant work history in Staten Island which included sales and customer service positions (Time Warner Cable/Staten Island Cable) where his personality served him well as he received numerous awards and commendations for his work. His Endurance, resilience, and strength is also proven by his overcoming prostate cancer and two strokes to which he was able to still live independently without any lasting physical effects. He passed away peacefully, on February 6, at home in the company of his children. We can all celebrate a life well lived while also acknowledging the fact that he will be truly missed.
To send flowers to the family or plant a tree in memory of George Webb Jr., please visit Tribute Store
Print
Friday
12
February