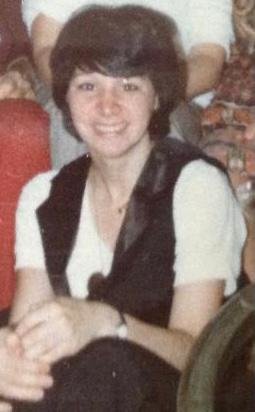 Please share a memory of Michele to include in a keepsake book for family and friends.
View Tribute Book
Michele Jean Rosefelt of Staten Island, New York passed away peacefully on February 18, 2021. Visitation will be at the Scamardella Funeral Home at 332 Broadway, Staten Island 10310 on Monday, Feb. 22nd from 3:00 p.m. to 6:00 p.m. A video link will be provided for those who wish to participate in the services virtually. Burial will be at St. Peter’s Cemetery in Staten Island. Michele was born in Staten Island to Martin and Eleanor (Santangelo) Rosefelt on October 10, 1951. She graduated from St. Peter’s High School in 1969. Michele worked for the New York City Department of Finance's Corporate Refunds Department for 44 years, where she was a valued and conscientious worker. She also served in the United States Army Reserve as an Administration Specialist beginning in the 1980s. In addition, Michele was active in the Eastern Star (Freemasons). She was preceded in passing by her parents Martin and Eleanor Rosefelt, and her brother-in-law Bud Geng. She is survived by her sister Paula Geng of Port Charlotte, Florida, her brother Henry Rosefelt of Staten Island, and many cousins and relatives who mourn her passing and will miss her kind and gentle spirit. Michele was the granddaughter of Michael and Josephine Santangelo of St. George, Staten Island and Frances and Gershon Rosefelt of Manhattan. She was the niece and goddaughter of Eugenia “Gene” (Santangelo) Fabbri whose husband was Staten Island Sports Hall of Fame inductee and Curtis High School Coach Al Fabbri. Michele had a large extended family as her mother was one of 10 Santangelo siblings who lived at Daniel Low Terrace in Staten Island with her grandparents. Donations in her memory may be made to the Alzheimer’s Association. The family wishes to extend its gratitude to the Staten Island Care Center and their caring and concerned staff.
To send flowers to the family or plant a tree in memory of Michele Rosefelt, please visit Tribute Store
Print
Monday
22
February