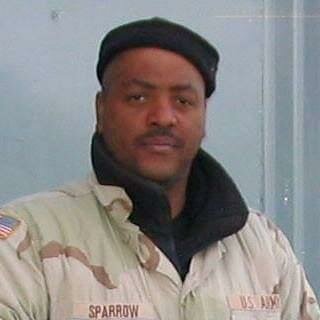 Please share a memory of Arnold to include in a keepsake book for family and friends.
View Tribute Book
Arnold Edward “Ed” Sparrow passed away suddenly at his home in Port Richmond, Staten Island, NY, on Thursday, September 16th, 2021. Edward was born on July 14th, 1966, at St. Vincent’s Hospital on Staten Island. He attended P.S.18 elementary school and I.S. 27 (Prall) intermediate school. While attending I.S. 27, he moved with his family to Keyport, NJ, and returned moved to Staten Island where he attended Susan E. Wagner High School. He received his GED in 1984. During the 1980s, Edward worked as a Caretaker for United Cerebral Palsy (UCP) and, in 1986, joined the National Guard Reserves. While serving in the reserves he left UCP and began working for Power communications laying telephone and cable line for hospitals in the NYC area. Edward saw active duty when he served in the Iraq war for as a Tanksman. He also served as a 9//11 first responder in 2001. He retired from the National Guard Reserves in 2011. Edward enjoyed being around his military family immensely. He was an avid Marvel/DC comic book collector, a hobby that began in his early teens. He enjoyed all types of outdoor activities such as swimming, hiking, camping and rafting. He also enjoyed cooking and carpentry. He was a skilled carpenter, a trade he took up when he retired. Anyone who knew Ed also knew he lived by his own rules and didn’t worry about anything else. Edward is survived by his life partner Melissa Allo, their two children Nicole Melissa and Talon Kevin Sparrow, his brother Ronnie A. Sparrow, his sister Theresa A. Sparrow-Suffern, three nephews Drew and Anthonie Sparrow and Russell Suffern, two nieces Adriana Sparrow and Cheyenne Suffern, his brother-in-law Conrad “Rusty” Suffern, two godchildren Timothy and Rebekah Keaveny, and a host of cousins and other family. Edward was the youngest of three and survived his parents Arnold Sparrow who passed away in 1992 and Alice Sparrow who passed away in 1999.
To send flowers to the family or plant a tree in memory of Arnold Sparrow, please visit Tribute Store
Print
Wednesday
22
September