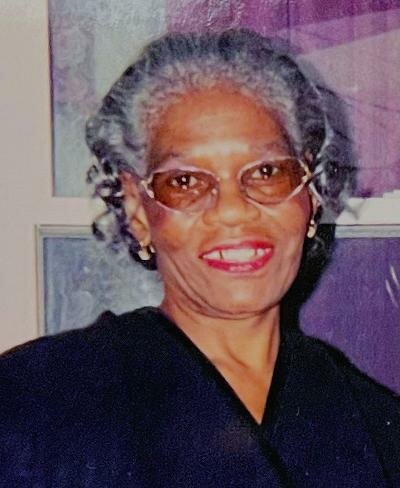 Please share a memory of Esmada to include in a keepsake book for family and friends.
View Tribute Book
Esmada Joseph of West Brighton, a retired Nursing Assistant and housewife, passed away on Thursday April 08, 2022 peacefully at Home. She was 89 years old. Born Esmada Naomi Hendricks, in Tela, Honduras on April 27, 1932 to Elisha and Mary Ann Brooks; Her early education primary and secondary school was completed in Tela. She met and married Grover Dale in 1955 and moved to La Ceiba, Honduras where they raised a family. In 1965 she immigrated to the United States residing in Boston, Massachusetts. Shortly thereafter she moved to Staten Island, NY along with Husband Grover Dale, she lived there for most of her life, except for a short stint in Carson City, Nevada with her daughter Rosalia. Esmada worked for 16 years at the Silver Lake Nursing Home in Staten Island. She retired in 1975; then worked for more than 30 years with Dr. Wick. The Wick’s became a very significant part of her life. They became an extension of her family. Esmada was a devoted member of Bethel Community Church, of which she attended for more than 38 years She became a Church Mother for the Bethel Community Church, a distinction she received after being a member of the Church for many years and actively involved in all Church affairs. Esmada in her later years loved her soap Operas and would stop everything to watch them; she also loved word puzzles, a hobby she really enjoyed. Always had a book in her pocket book; She was also an avid reader and belong to several book clubs; crocheting and sewing was also a big passion of hers. I remember learning from her how to sew. By hand; Needle and thread. Never took my pants or anything to a tailor… Esmada met Harry Joseph. Who would become the love of her life. They got married in 2001. Together they embarked on the next exciting chapter of her life. As you can see below: They enjoyed travelling: From Atlantic City to California, Ohio, Florida and points in between; she not only travelled nationally but also internationally, visiting the Caribbean a few times, but also, Paris, France, Rome, Italy, Amsterdam, Netherlands, Barcelona, Spain, Brussels, Belgium, Bucharest, Romania, Madagascar of the coast of Africa, Brazil, Colombia, Chile, Mexico, Istanbul Turkey, Athens Greece; As you can see very seasoned travelers. And even though she thoroughly enjoyed all this her greatest joy were her grandkids and great grand kids. Ok, her children too, but you know… She was the Matriarch of the family. Surviving her along with husband of more than 21 years Harry Joseph, hers sons Louis, Kenneth, Grover, her daughters, Maria Ondina, Rosalia and Adriana, her Brothers, Albert Brooks and Herbert Hendricks in Honduras, 28 Grandkids, 35 great grandkids, and a host of nephews and nieces and other family members and friends.
To send flowers to the family or plant a tree in memory of Esmada Joseph, please visit Tribute Store
Print
Thursday
14
April