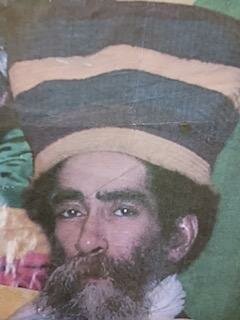 Please share a memory of Donald to include in a keepsake book for family and friends.
View Tribute Book
Donald George Purkiss Christie was born on October 2, 1955, in Montego Bay, Jamaica, W.I. He was the first of 5 Children for Lloyd Ormsby Christie (October 16, 1920 - July 26, 1997) & Jean Aneita Christie (March 23, 1928 - March 30, 1988) He lived in Jamaica until 1972 when the family migrated to Brooklyn, New York. Later on the family moved to Staten Island where he lived for the remainder of his life. Memories of Donnie During the school years Donnie attended Cornwall College which was a boarding school in Montego Bay. The rest of us all lived with our grandparents in Cacoon, Hanover. So we would only get to see him during the holidays - Christmas, Easter and summer break. One of the fun things about him being home was that he would tell us the stories from the movies he had seen at school, like Clint Eastwood westerns and James Bond movies. He was a great storyteller and we were a captive audience! He was the oldest and we would just sit around hanging on every word! It was a real treat for us when Donnie came home! Suzanne I remember that we all loved fried plantains. I used to save mine to the end, at least one piece. One time I had my last piece of plantain on my plate and Donnie pointed away from the table and said, "Look! Ratta!" So I looked for the rat and when I look back at my plate my plantain was gone! Lol! Karen I remember in the seventies afros were in and Donnie used to want his hair braided every night. So when I would refuse he would tickle me until I had to say "yes"! Also, he introduced me to soul music and bought me my first albums: The Stylistics and The Chi Lites, and Isaac Hayes, the score for the movie The Shaft. From the earliest times Donnie wanted to be a doctor to help people to find healing. He believed there is healing and health in the food and plants that God has given us. Donnie loved football (soccer) and played while at Cornwall and also played community soccer as there were many West Indians in the area when we lived in Brooklyn and Staten Island in the seventies. Donnie also loved to read. He read the Bible, history, and many other topics. Donnie was a great music lover! He loved many different genres of music but his favorites were the Jamaican music starting from Ska and going to reggae. Thank you Father in Heaven, for our brother Donnie. It is hard to believe that Donnie is gone. It seems like we only had him for a short time, and we miss him. Jesus said "Truly, truly, I say to you, whoever hears my word, and believes him who sent me, has eternal life. He does not come into judgment, but has passed from death to life". John 5:24 Donald, aka Donnie, aka Maskal, is survived by Althea, daughter Lashae, son Jatchara, grandchildren Malonnie and Derrick, siblings Gill, Kay, Wayne, and a host of family and friends. Gone too soon but not forgotten.
To send flowers to the family or plant a tree in memory of Donald Christie, please visit Tribute Store
Print
Wednesday
9
November